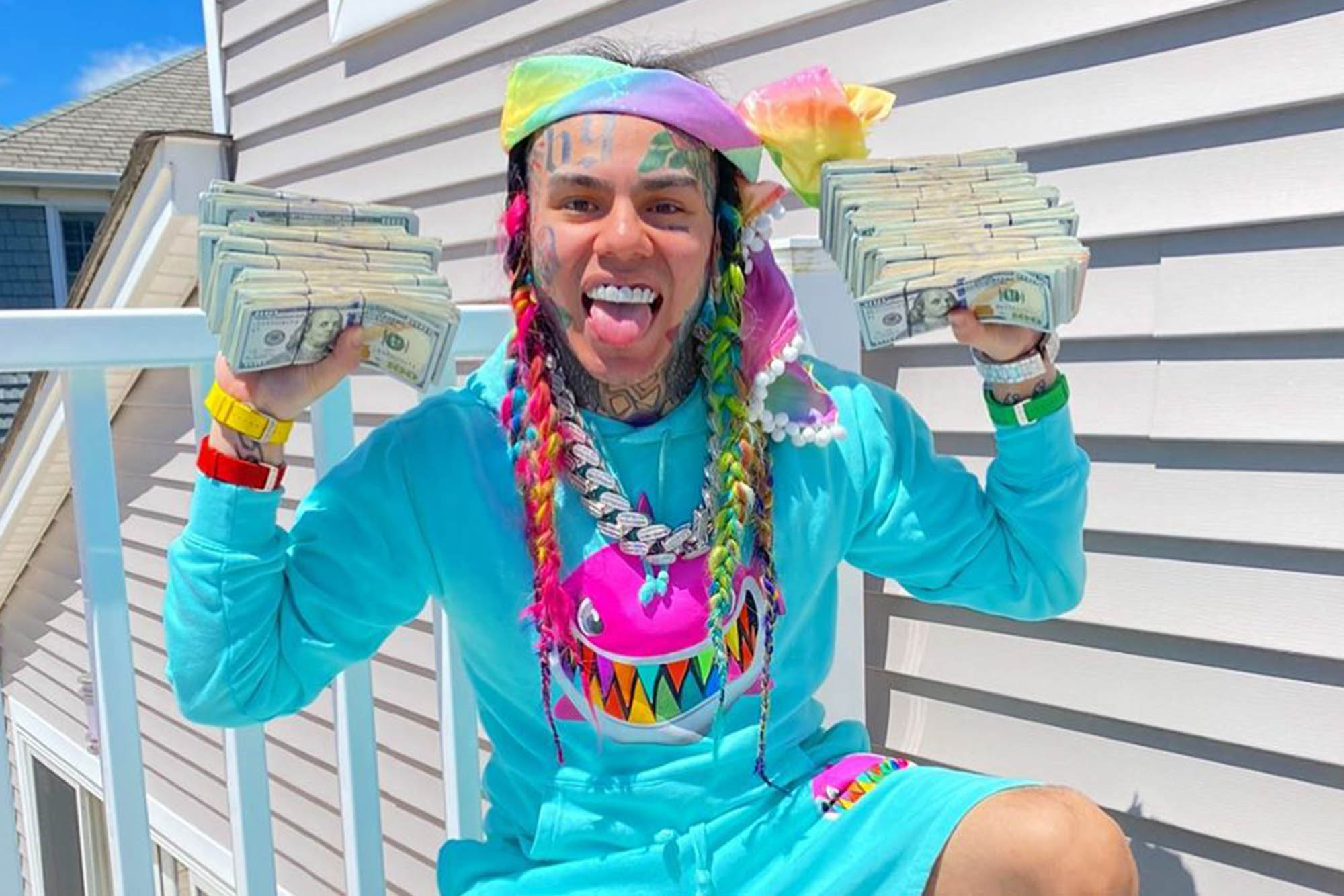 Tekashi 69 fans freaked out when they learned that their idol had been hospitalized. Check out what happened below.

The Shade Room revealed that Gossip Of The City broke the exclusive that Tekashi 69 was in the hospital due to an overdose.

TSR noted that ‘We spoke to 69 directly and can confirm this with additional details exclusive to The Shade Room. He’s currently at home and doing fine. He even went on his daily jog today.’

TSR reported that ‘Tekashi was hospitalized two days ago in Florida after he had 2 Hydroxycut pills, instead of the recommended 1 per day, which increased his heart rate and caused him to sweat excessively while in front of his computer.’

He also drank a coffee, which made things even worse, according to the reports. It seems that the rapper said that he only takes the pills mentioned above and not other drugs.

He said that he gained weight while in jail, and he’s trying to lose some excessive kilos.

Someone said: ‘Y’all laughing at this man right now, but if he died, y’all would be the main ones saying rip. 🤦🏻‍♀️’ The truth is that the comments section got flooded with hateful comments.

Another follower said: ‘People will laugh at anything but when the person dies … smh,’ and someone else posted this: ‘He needs to stop wearing them lace fronts, and he’ll be aight.’

One commenter wrote: ‘I’m trying to find out what’s funny and why y’all joking about somebody almost losing their life🤦 y’all sad asf.’

Someone else said: ‘Did all that to stay out of jail now he tryna send himself to hell.’

The young rapper made headlines not too long ago when he addressed the relationship that he had with his ex, his baby mama, Sara Molina.

She came out a lot of times, alleging that he used to hurt her physically and emotionally.

Previously, Jennifer Lawrence mentioned that she grew up ‘a little Republican’ and...

The first pictures of Javicia Leslie in her Batwoman costume are here and she looks great!...

October 28, 2020, No Comments on Jennifer Lawrence Addresses Her Previous Comments About Being Raised ‘A Little Republican’

Is Clare Crawley the Worst Bachelorette?

October 28, 2020, No Comments on Is Clare Crawley the Worst Bachelorette?

October 28, 2020, No Comments on Chrissy Teigen explains pictures of baby loss: ‘I needed to know of this moment forever’ | Ents & Arts News