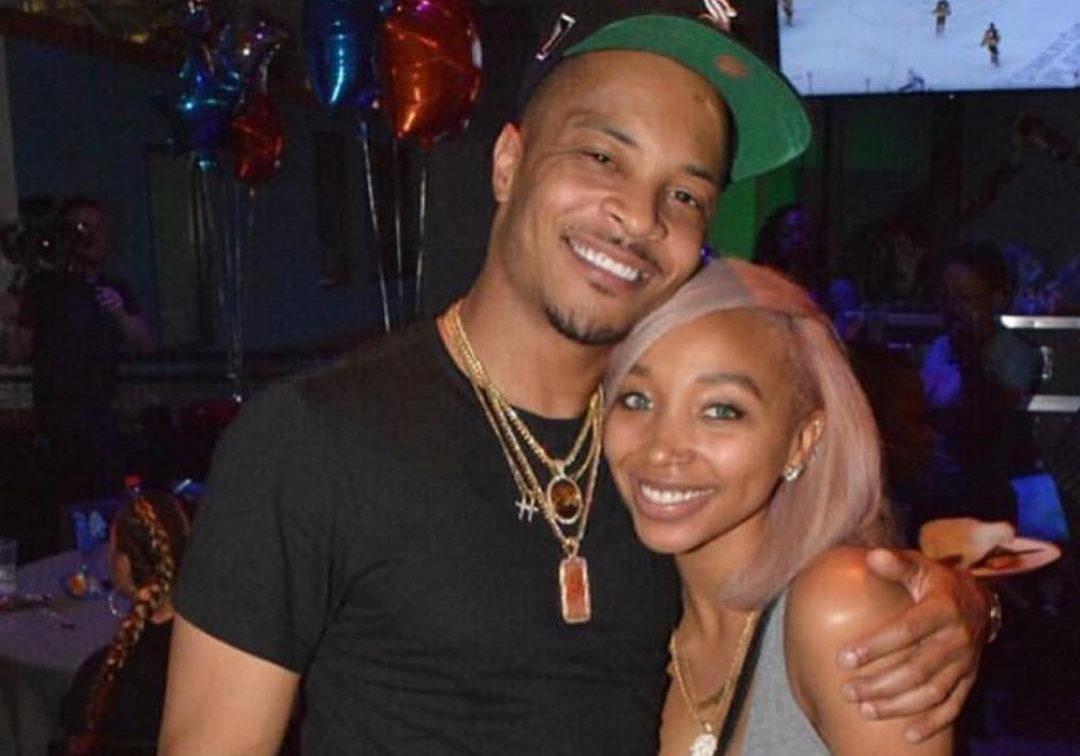 T.I has made multiple problematic statements about women in general. His latest scandal included the revelation that his daughter, Deyjah Harris, gets her hymen checked to see if she’s still a virgin.

Although Zonnique is 24 and Deyjah is still a teenager, social media users found it ironic that the rapper will be becoming a grandfather when he’s 40-years-old.

They suggested that the microscope that he put Deyjah under actually needed to be refocused on Pullins who is dating Badhunta Izzy.

Especially since he took it upon himself to speak about Deyjah’s virginity on a public platform which she was completely mortified about hearing according to the latest episodes of The Family Hustle.

‘T.I. Was going with the wrong daughter to the doctor 🥴,’ wrote one.

‘I can feel TI bothered from way over here,’ said another.

‘So wait she 5 months did a whole people’s magazine shoot and he didn’t know well d***,’ noticed this person.

Another added: ‘He all over the place right now his head spinning like Spongebob in that episode when he couldn’t figure out the name 😭😂😂😂.’

‘Still don’t like him, he need to apologize to his other daughter for how he exposed her that one time,’ a comment read.

‘Wait don’t tell me she told him on camera she was pregnant 😂😩 chileeeeeee,’ one couldn’t believe.

Last week, T.I revealed that he has apologized to Deyjah for hurting her feelings but had a strong message to the people who judged him for jumping to conclusions.

‘All the other people who are presumptuous and jumped to conclusion and got into some freaky s*** — f*** you!’

Congratulations to Zonnique on her wonderful news.

What do you think about the rapper becoming a pop pop?