Scheana Marie Opens Up About Her Stassi Schroeder And Lala Kent Falling Out – Here’s Why She’s Not Planning On Ever Fixing Their Friendship! 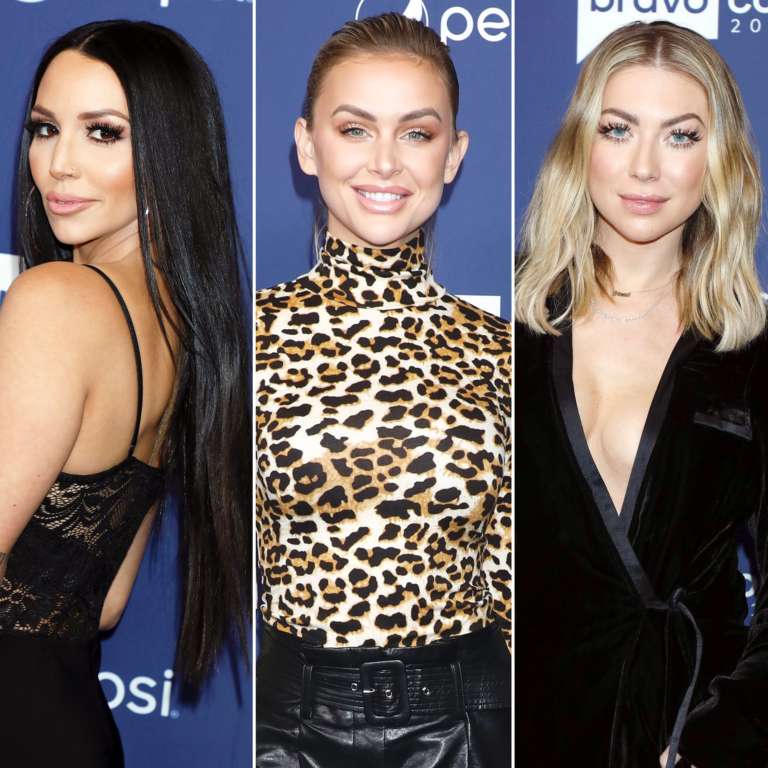 During a new interview, Scheana Marie revealed the reason why she unfollowed Stassi Schroeder and Lala Kent on social media. Furthermore, she also made it very clear that, not only is she completely fine’ with no longer being friends with them, she is also not planning on ever rekindling their relationship either! Here’s why!

That’s right! It sounds like Scheana has no intention of ever being friends again with Lala Kent and Stassi Schroeder and she explained the reasons why in a telling new interview for the #NoFilter with Zack Peter podcast.

She started by explaining why the three pals had this falling out in the first place, dishing that ‘I unfollowed [Lala Kent]. I never see a friendship with her again. And I am completely fine with that. Because honestly, for the last three years, I felt myself forcing a friendship with her because every time she hurts me, she feels bad, she begs for my forgiveness — but, it’s usually when there’s a camera in her face — and I forgive her!’

Later on, she also talked about her falling out with Stassi, which was apparently, over the latter claiming Scheana had shared her private messages with strangers.

Scheana then argued that she had no idea what she was talking about and got upset Stassi was not even willing to give her the benefit of the doubt.

All in all, they eventually agreed to just be ‘surface level’ and Scheana went on to unfollow Stassi on social media since she stressed that she doesn’t want to follow people she’s not friends with.

Hilary Duff had some great news for her followers! As it turns out, the actress is pregnant...

October 27, 2020, No Comments on Skai Jackson's Chucky Routine on DWTS Is Even Spookier Thanks to This Billie Eilish Cover

Gov. Cuomo Teams Up With The RealReal And NYC-based Fashion Designers On Mask Campaign

October 27, 2020, No Comments on Gov. Cuomo Teams Up With The RealReal And NYC-based Fashion Designers On Mask Campaign

Cardi B Responds to Racist Comments About Birkin Collection

October 27, 2020, No Comments on Cardi B Responds to Racist Comments About Birkin Collection

October 27, 2020, No Comments on Tristan Thompson’s Baby Mama Number 1, Jordan Craig, Stuns With Sizzling Photos As He Moves Forward With Khloé Kardashian — Fans Say He Should Have Stayed With Her Instead