Sam Smith dances solo in the video for their latest single “Diamonds.” The Oscar-winning singer will drop their third album Love Goes on October 2nd.

On “Diamonds,” Smith lets go of material love and a greedy lover who wanted them for the glitz and the glamour as opposed to who they really were. “My diamonds leave with you,” they sing as the electro-pop track builds up to a dance-y climax on the chorus. In the video, Smith is dressed down in jeans and a T-shirt in an empty house where they do a choreographed dance solo. They are also seen in a rainstorm beneath lightning that makes the sky glow, their white shirt drenched through.

With the release of Diamonds, Smith also announced the new title for their third album. Formerly titled To Die For, the LP will now be called Love Goes and is set for release on October 2nd. Smith was originally planning on releasing this album back in June, but ended up delaying and renaming it due to the Covid-19 pandemic. “Every time I went into the studio I promised myself I would shoot for the stars and have no limitations,” the singer said in a statement.

The 17 songs on the album were written over the last two years, and its unexpected delay this year made Smith revamp the whole project. “I am sorry it’s taken a while. But these unprecedented times gave me the room and space to fall in love with these songs all over again. After it all I still believe love is the answer. And with love in our hearts and kindness in our words and actions, we sing on.”

In August, Smith released a series of five EPs, most of which contained previously released singles spanning their career and categorized by mood: Dance, Heartbreak, Heal, Stripped, Remix. 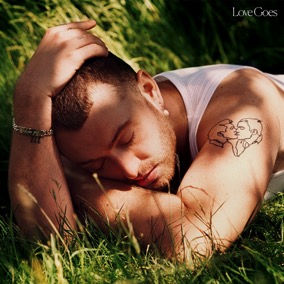 The Trump administration’s mishandling of the coronavirus pandemic —  with 228,000...

Jonas Brothers celebrate holiday cheer, past and upcoming, and want their fans to feel...

This month marks the 20th anniversary of U2’s comeback record All That You Can’t Leave...

October 31, 2020, No Comments on Sean Connery: The life and career of the ultimate James Bond | Ents & Arts News

October 31, 2020, No Comments on Lady Gaga Brings Back Her Iconic Looks for Epic Voting PSA