RHOP: Gizelle Bryant Claims She Has Not Talked To Karen Huger For Nearly A Year! 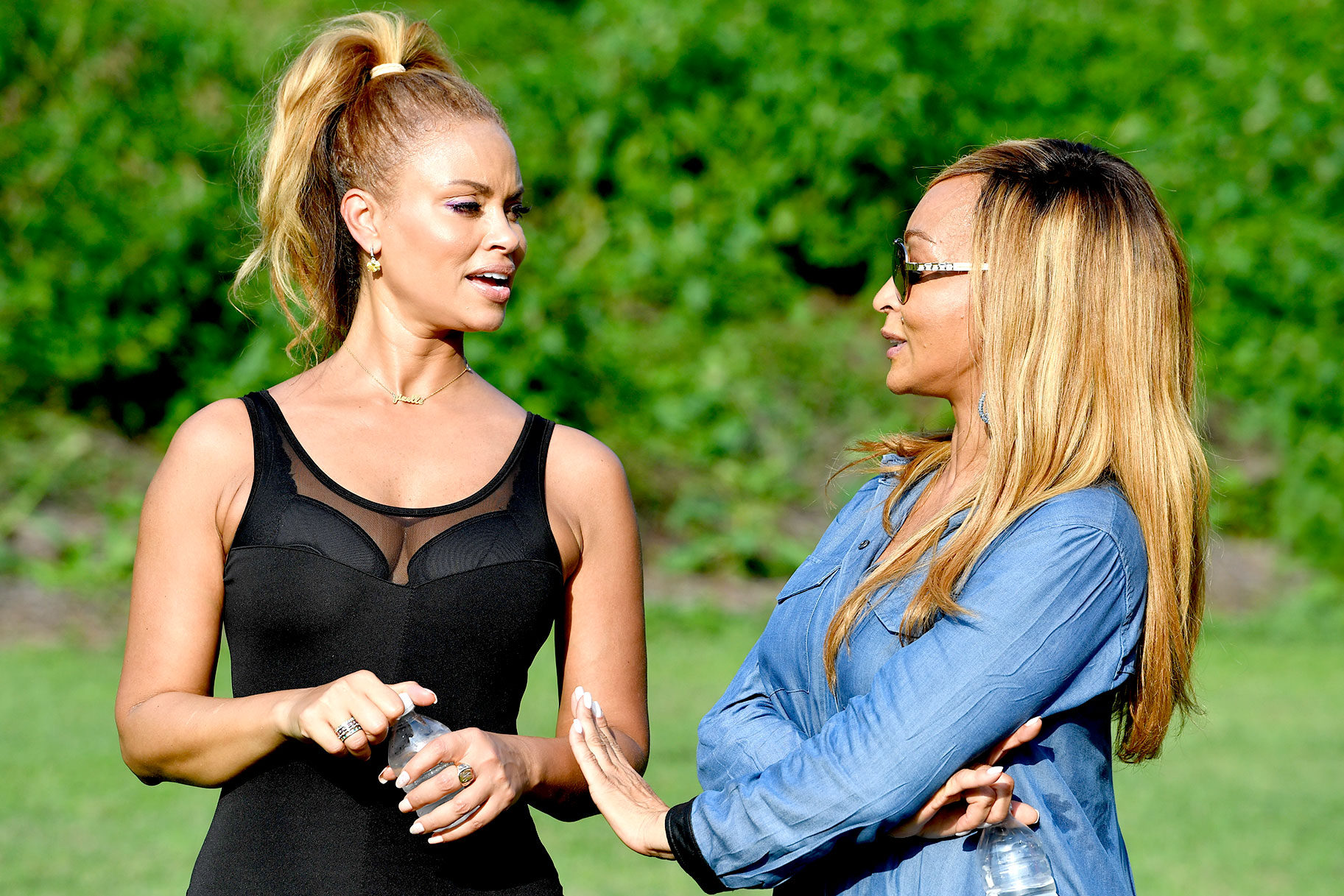 If you watch Real Housewives of Potomac, you’d know there are two queen B’s: Gizelle Bryant and Karen Huger. When their friendship is on good terms it gives some of the most iconic scenes in Housewives history but when they’re on bad terms it also makes for great TV.

However, the sting between them is a bit more personal because they knew each other for years before the show began taping. In a recent interview, Gizelle revealed that she hasn’t talked to Karen since filming wrapped nearly a year ago.

During an interview with Lala Kent on her podcast reported by Reality Blurb, Bryant explained why they aren’t on the best of terms.

‘We ebb and flow this season as we normally do, however, I don’t particularly like the way we ended the season, so I straight up have not spoken to her since we stopped filming.’

She goes on to say: ‘It dealt with respect, and I felt like she disrespected me, and that’s what I don’t tolerate. And especially when you’re on a show together. She knows personal things that have been off-camera about me and me [that] I know about her that we’ll never cross the line and kinda like, be disrespectful on camera with it. I just felt like there’s a level of respect for our friendship that she disregarded and I don’t like that.’

When asked if Karen revealed something that she shouldn’t have on camera, Gizelle said no but ‘she just didn’t ride for me like I have ridden for her.’

This should make for some good drama in the upcoming episodes.

It may have something to do with the sides that were taken when Monique Samuels and Candiace Dillard got into a physical fight.

What do you think will come between Gizelle and Karen this year?

If there’s someone great at winning a Halloween costume competition, then Heidi Klum...

It’s not uncommon for entertainers and celebrities to get political, and Harry Styles...

October 31, 2020, No Comments on Bruce Springsteen’s Letter To You makes UK album chart history as it hits No 1 | Ents & Arts News