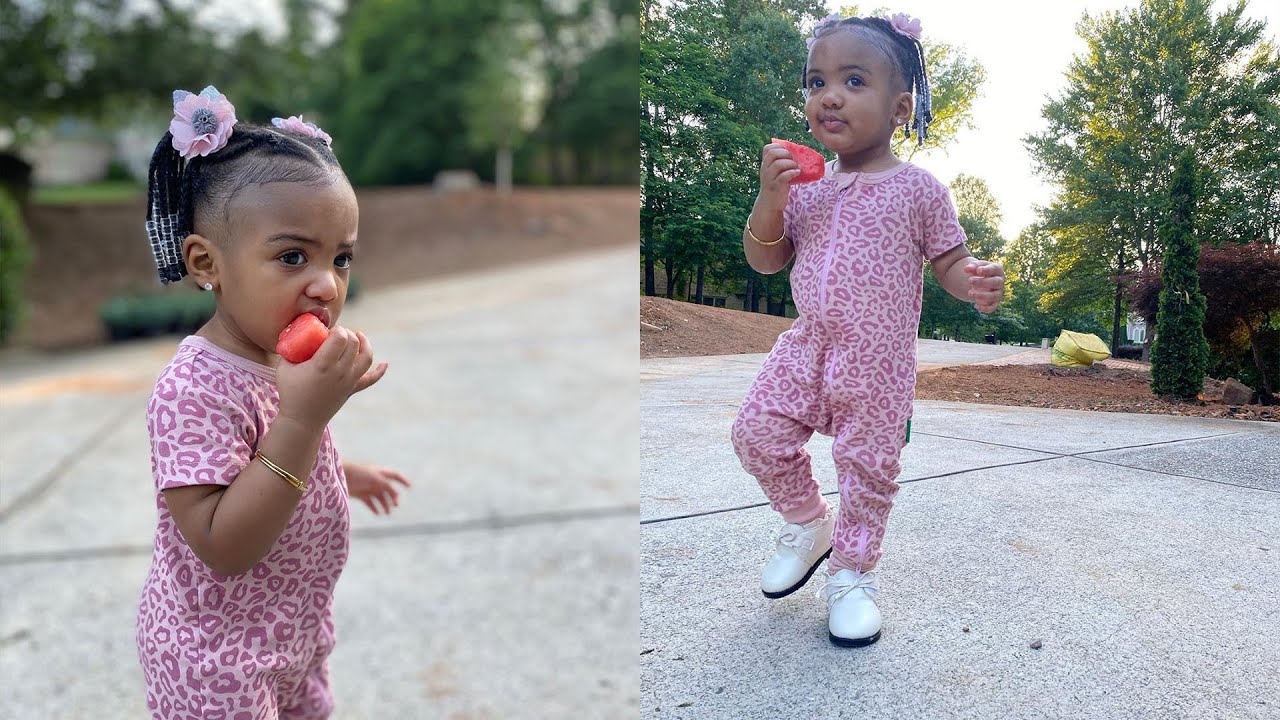 Porsha Williams shared a video on social media featuring her baby girl PJ that has fans laughing their hearts out in the comments. Check it out below.

‘Yall lmaoo 😂 Look at y’all’s neice with Pop pop slippers on her legs 😭😂 She put them on herself and wouldn’t take them off! lol,’ Porsha captioned the video.

Someone else wrote: ‘I was like oh no she has braces on her legs lol it’s just her new fashion.’

One other commenter said: ‘She says, don’t hate. I’m innovative, like my parents and auntie. These are the most comfortable leg splints y’all ever going to see come and cop some leg splints by Pj.’

Another fan posted: ‘I was trying to figure out what that was on her legs!! Hilarious!!’ and a follower wrote this: ‘I’m weakkkk I was like wait what is that😭😭😂😂 too freaking cute.’

Someone else said: ‘She’s starting a new trend that’s beyond everyone’s fashion level, watch everybody start doing that next year.’

A commenter wrote: ‘I thought it was something wrong with my niece’s legs and they’re darn slippers,’ and one other follower said: ‘Aww!! Lol!! She’s trying to create a new fashion trend.’

In other news, Porsha Williams, Tamika Mallory, Trae tha Truth, and Yandy Smith were among those who were arrested while protesting with the Until Freedom organization in Louisville, Kentucky.

The Bravo star with an activism gene that has been activated to its fullest took to Instagram after she was released from jail for the second time while protesting the murder of Breonna Taylor.

People are showing her lots of love, support, and respect for this reason and they show these on social media.

Hilary Duff had some great news for her followers! As it turns out, the actress is pregnant...

Jimmy Kimmel Reflects On The Heart Surgeries His Child Had

Fans of Jimmy Kimmel know that health care is one of the closest issues to his heart. Earlier...

Kevin Hart is now the father of four children. People Magazine reported this week that...

Buttery-Soft Lounge Pants Might Be Even Better Than Leggings

October 26, 2020, No Comments on Buttery-Soft Lounge Pants Might Be Even Better Than Leggings