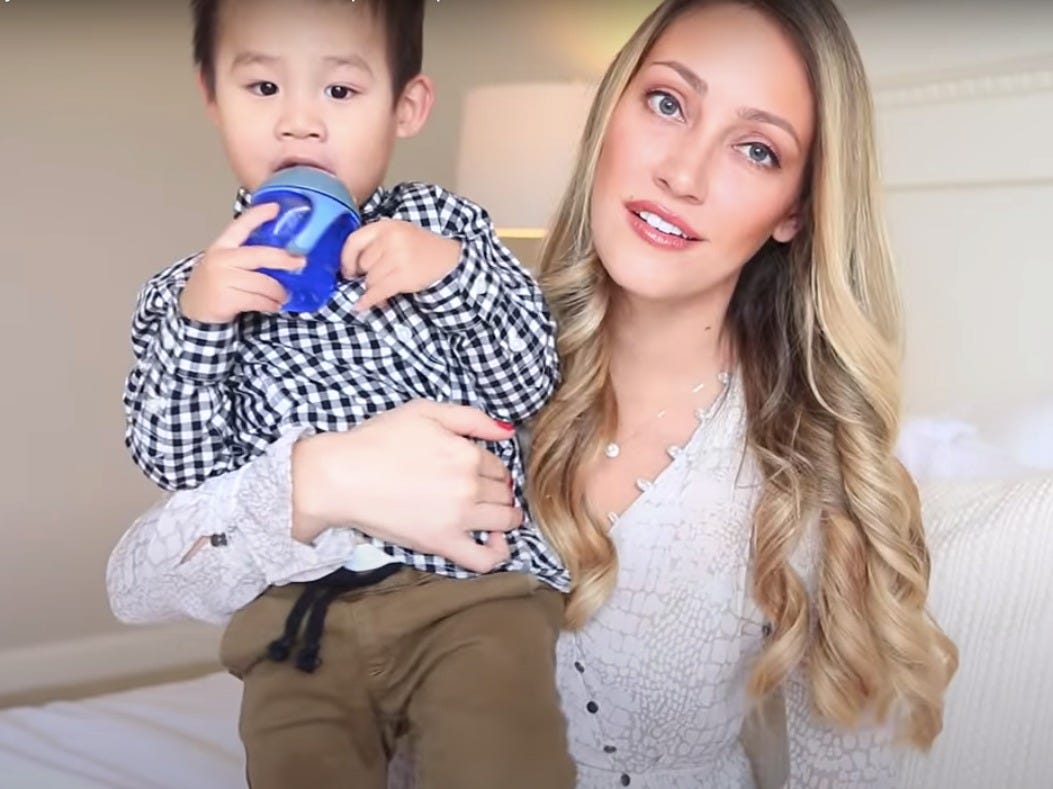 Myka Stauffer went from a well-known mommy vlogger to an example of what not to do after she gave up her special needs son who she adopted from China. The Youtuber came back to social media to offer an apology and clear up some rumors.

In case you missed it, Myka worried fans when she revealed that she wasn’t having a good Mother’s Day. Her loyal followers had noticed that her toddler son, Huxley, had been missing from family photos.

She then took to Youtube to reveal that she ‘rehomed’ the child with special needs that she could not care to someone who is better suited.

However, this didn’t go over well with many of her fans. While some felt that it was better that she gave away the child if she couldn’t take care of him, others felt that she treated him like a pet.

There was also the observation that she knew that the toddler she was adopting had special needs and she exploited him for views on Youtube.

Weeks ago, worried fans actually called to her local police station to ask about the whereabouts of the child while Stauffer and her husband ensured that he was safe.

Myka posted a message to her Instagram that read: ‘I want to first off apologize for the uproar and take full responsibility for all the hurt that I have caused. This decision has caused so many people heart break and I’m sorry for letting down so many women who looked up to me as a mother. I’m sorry for the confusion, and pain I have caused, and I am sorry for not being able to tell more of my story from the beginning. ‘

She went on to say, in part: ‘I can’t say I wish this never happened because I’m still so glad Huxley is here and getting all of the help he needs. I also know that even though he is happier in his new home and doing better that he still experienced trauma and I’m sorry, no adoptee deserves any more trauma.’

The vlogger also debunked rumors that she adopted her former son for views and monetary gain.

What do you think about the apology?

Christina and Ant Anstead are getting a divorce after less than two years of marriage and...

September 20, 2020, No Comments on Is Antebellum Based on Kindred by Octavia E. Butler?

September 20, 2020, No Comments on Notorious Artist Banksy May Have To Reveal Their Identity Due To Trademark Dispute