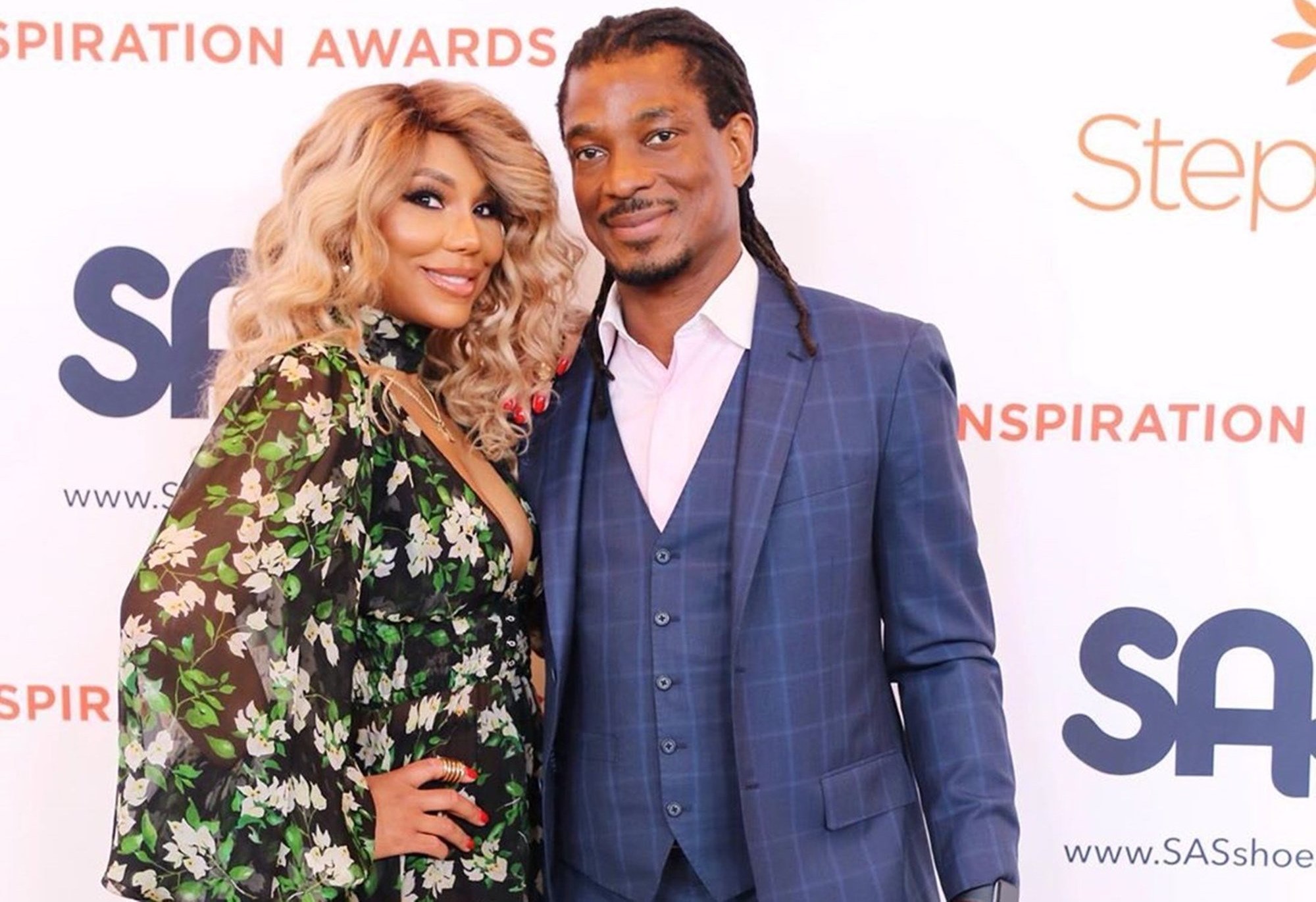 K. Michelle has taken things too far in her nasty war of words with Tamar Braxton by insulting her boyfriend, David Adefeso.

This week, the R&B singers and reality tv stars started fighting again after Tamar had a unique answer when social media personality TS Madison asked her if she was interested in doing a Verzuz battle with K. Michelle.

K. Michelle hit Tamar hard by claiming that she had an affair with Jermaine Dupri’s father, who was married at the time.

Tamar tried to have a diplomatic approach to the matter, but that failed because K. Michelle decided to mock David’s African accent.

Fans destroyed K. Michelle for going after David, who is from Nigeria and is a Harvard graduate businessman.

One observer had this reaction: “Oh, wow. She really hates that lady. 😩 This isn’t even funny.
Don’t let one’s ignorance deter you from fighting for the right of all black people, whether Africans, Caribbeans, or black Americans. At the end of the day, when a power drunken, corrupt officer, or a racist is killing us, they do not differentiate between who is African, black American, or Caribbean.”

Another commenter stated: “K Michelle mocking a Black Man because he has an African accent is a form of self hate that we’ve been taught to do in this Country. Our ancestors were all from AFRICA, and that means they spoke with an African dialect, which is our Native tongue. We should not be making fun of this.”

This follower explained: “My African people, this is why you should mind your business when these Akata scream black lives matter on the street. They want to be respected but do not have respect for others. It is starting to make it hard for me to empathize.”

A fourth Instagrammer chimed in: “Now there’s racism amongst our own kind 🤦🏾‍♂️, and the man didn’t even do anything to her 🤦🏾‍♂️🤣🤣Police brutality is what happened to Breanna Taylor IN HER HOME! Police brutality is getting knelt on till you die. Police brutality is having drugs planted on you by police and them beating you to a pulp for looking at them or raising your voice. Police brutality is shooting children for playing with water guns. Now, just so you know, in any country when you speak I’ll speak of a leader you will suffer consequences. Take, for instance, the US and Canada border when they check your phones to see if you follow any platforms against the US president, and thus, you’d be denied entry into the US. In most places in the world, freedom of speech is guaranteed, but freedom after the speech, not so much.”

This person wrote: “That is NOT racism. Please learn the definition. (But it is definitely ignorance and self hate when we don’t love everyone in the African diaspora. We are all one, even if we have different experiences and hail from different countries. There’s no room for this level of ignorance!)”

Is K Michelle doing too much?

Mandy Moore Is Pregnant — Is Expecting A Baby Boy!

Caitlyn Jenner and Sophia Hutchins have been on TV for quite some years, but as ‘Keeping...

There is a real competition between Real Housewives of Atlanta cast members Kandi Burruss...

Tiny Harris’ daughter, Zonnique Pullins, is currently expecting her first child and she...

Mandy Moore Is Pregnant — Is Expecting A Baby Boy!

September 28, 2020, No Comments on Mandy Moore Is Pregnant — Is Expecting A Baby Boy!

September 28, 2020, No Comments on The Secret Society of Second-Born Royals Video

‘Everything’ Changed After Tristan Cheating Scandal

September 28, 2020, No Comments on ‘Everything’ Changed After Tristan Cheating Scandal