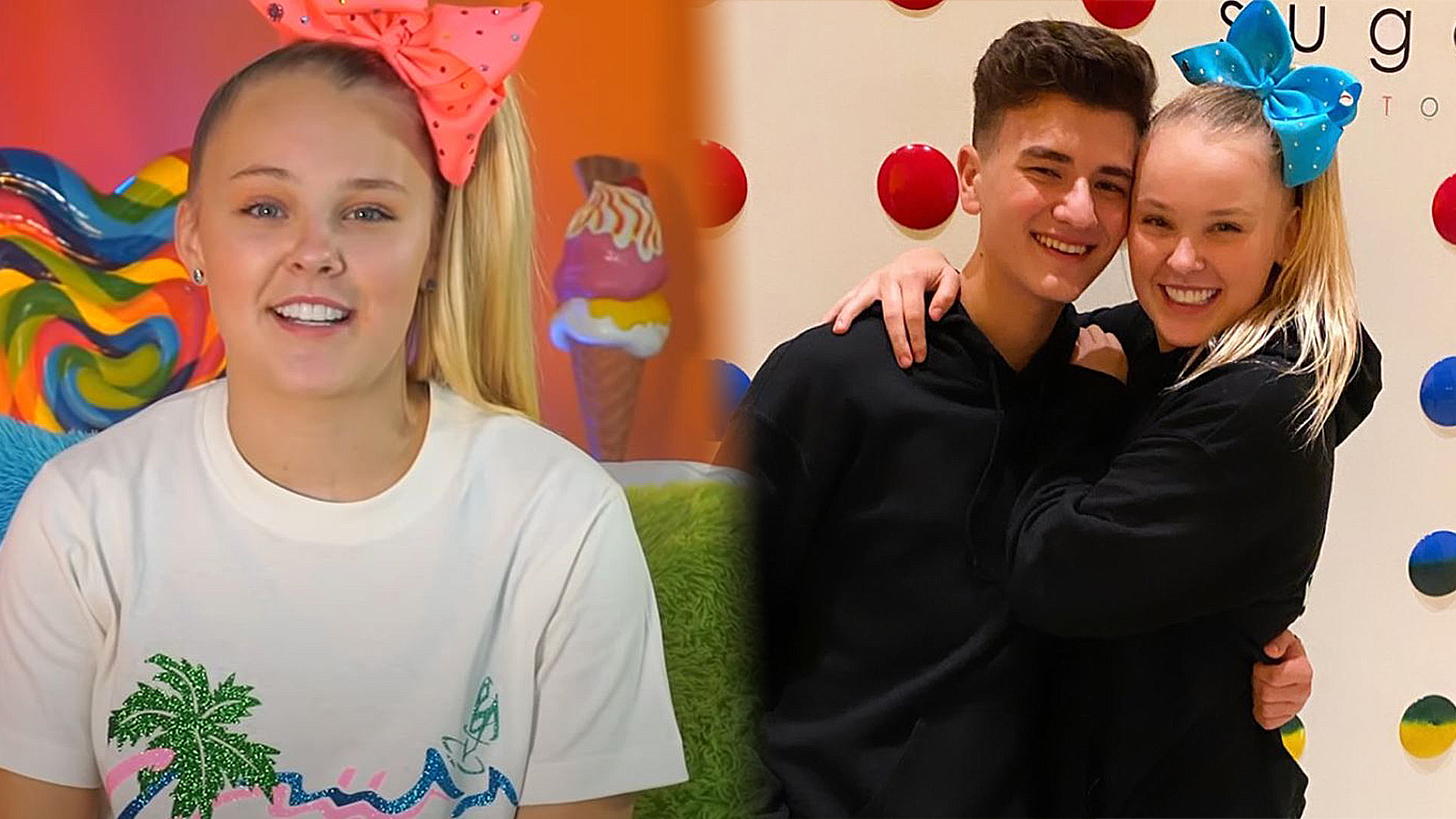 It’s been about three months since Jojo Siwa made her relationship with Mark Bontempo public but they did not last! The social media influencer revealed that they are better off apart and soon after, her fans came after him!

Now, in response to the hateful comment he’s been getting, Siwa defended her ex, choosing to take the high road after suffering heartbreak.

Paris Hilton And Jojo Siwa Do An Epic Style Swap – Check Out The Makeovers! »

In other words, even though it is over between them, Jojo Siwa and Mark Bontempo remain on great terms.

This comes after they first made their young romance public back in August.

On her go-to platform, Jojo now posted that ‘Mark doesn’t deserve hateful things like this. He deserves to have people support him. You have NO idea about mark and I’s relationship. how much fun it was. how happy we both were, and how happy we both are. We decided it’s best for us to not be in a relationship…. that’s all.’

Sure enough, it appears that the star does not want any more hate directed at her ex boyfriend.

JoJo Siwa Back To Blonde After Only 2 Days Of Rocking Brunette Locks – Check Out The Fun Reveal! »

She also assured her fans that she and Mark want nothing but the best for each other and will continue to support one another in the future.

If people don’t agree with this, the YouTuber made it very clear that she is not seeking anybody’s approval in this situation.

Instead, ‘If you don’t wanna follow him like the millions of other people on Instagram you don’t follow that’s fine, but this post is immature. He is not toxic. We’re teenagers. And our relationship didn’t work out right now. He did nothing. I did nothing. Just better being friends. Relax.’

At this point in time, Mark has not addressed the breakup publicly.

Instead, his older sister, actress and YouTube star, Madison Bontempo revealed some details about the split on her channel.

Madison mentioned that ‘They’re like best friends ever. They both have a lot they are trying to accomplish. Life is super busy for both of them, and it’s just really hard. They kind of live an half an hour away from each other, so it’s hard to commute.’

The Mandalorian: Baby Yoda’s Name and Backstory Are Revealed

November 29, 2020, No Comments on The Mandalorian: Baby Yoda’s Name and Backstory Are Revealed

November 29, 2020, No Comments on Nikki Bella And Artem Chigvintsev Determined To Be ‘Amazing Parents’ – Inside Their Couples Therapy Plans!