How the Rolling Stones Launched a Retail Shop Amid a Pandemic


In the heart of London’s Soho neighborhood, a new, two-floor boutique opens Wednesday featuring an ubiquitous red tongue. The tongue is the centerpiece of the Rolling Stones’ latest venture: a flagship retail shop called RS No. 9 Carnaby Street that the band conceptualized and created and marking the first time a musical artist has launched a permanent retail space.

The interior, created in red and black with Pantone’s new official shade “Stones Red,” feels like a sleek boutique fashion outlet rather than an overly branded merch outpost, with glass floors emblazoned with the band’s lyrics welcome customers. Five 90-inch portrait screens play a 30-minute exclusive film on a loop, which includes archival footage from the band’s six-decade career. There are also, of course, two massive red tongues, which were 3D printed especially for the store. For Bravado, RS No. 9 Carnaby Street is intended to exist as a long-term retail endeavor, with evolving seasonal merchandise that pairs fashion-forward trend pieces with more traditional band merch.

“It will be ever-changing,” Mat Vlasic, CEO of Bravado, Universal Music Group’s merchandise and brand management company, tells Rolling Stone. “In a traditional retail store you’re planning these things on a very long lead timeline, so we’re doing the same thing here. And really operating this as retail store. Not necessarily a band merch retail store. This is a retail store that sits among other retail stores. It just happens to be the first of its kind focused on an artist.”

“A lot of our planning time has been shortened so oftentimes we don’t get to plan products 12 or 18 months out, and really be able to create unbelievable, exciting pieces,” he adds. “So this was a really nice to experience to have more of a fashion lead time. That timeframe has allowed our team to be much more creative and open-end and not be confined by, ‘Oh you can’t do this because you don’t have the time.’” 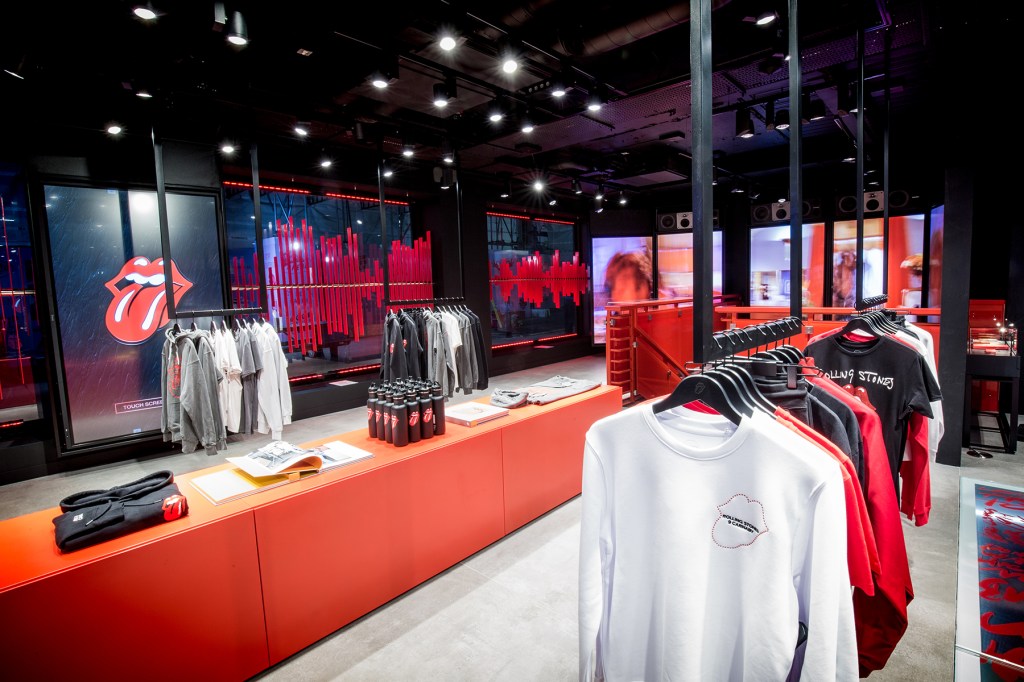 The idea for RS No. 9 Carnaby Street emerged nearly two years ago and Vlasic said there have been “in-person meetings about it on multiple continents, so that can give you an idea of how long we’ve been in it.” The store was initially meant to open over the summer, but the COVID-19 pandemic delayed both the construction and the launch. The location is intentional for the band members, who have a long history in Soho.

Bravado created approximately 80 unique apparel and accessories for the store, which also sells collaborations with Chateau Baccarat, Swedish raincoat brand Stutterheim and The Soloist. The clothes range from £25 ($32) to £325 ($422), including a £30 white T-shirt that can be customized in the store alongside guitar picks (£5) and the requisite, lick-emblazoned facemasks (£15). Vlasic hopes that the experience draws in the band’s longtime super fans, but that it also “brings the rest of the world in.” While he wouldn’t disclose how the band’s upcoming music releases will play into RS No.9 Carnaby Street, he did note that “there’s a little surprise there.”

While the pandemic may have delayed the store’s launched – and forced Bravado to create a parallel virtual shopping experience online – there was never a question of whether the Rolling Stones would still go forward with RS No. 9 Carnaby Street. 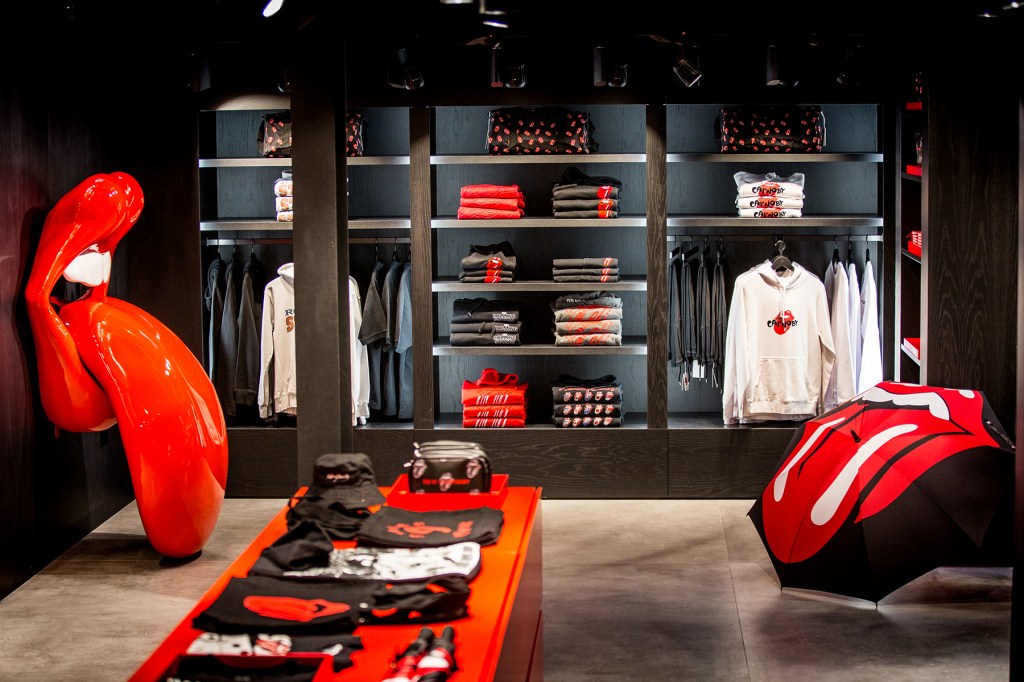 “The pandemic isn’t long term,” Vlasic says, confirming that the current circumstances mean the band won’t be present for the store’s launch nor will they do any events there this year. “We have a long term view of this. This isn’t a pop-up shop. This isn’t for three months. We have an extensive lease. It felt right to [open it now]. It felt right to be optimistic. We had to pivot our strategy a bit and there’s a much heavier online component. But we are still quite bullish on it. In fact, not doing it was never an option.”

“It’s eternal optimism,” Jagger adds. “You could have put it off, I guess, until next year, but there will be a little bit of pick up, I think, and people will be curious. People are out and about a bit more than they were… Into next year we hope that things will change and things will improve.”

The country music community has been honoring the memory of Ruth Bader Ginsburg, following...

Ahead of the Replacements’ massive Pleased to Meet Me reissue, the album standout “Can’t...

The War and Treaty’s Journey Toward Hope

Married duo fought through years of pain and trauma to become one of Nashville’s hottest...

Keith Urban’s ‘Out the Cage’ With Nile Rodgers, Breland: Listen

After hosting the ACM Awards this week and releasing a smoldering duet with Pink, Keith...