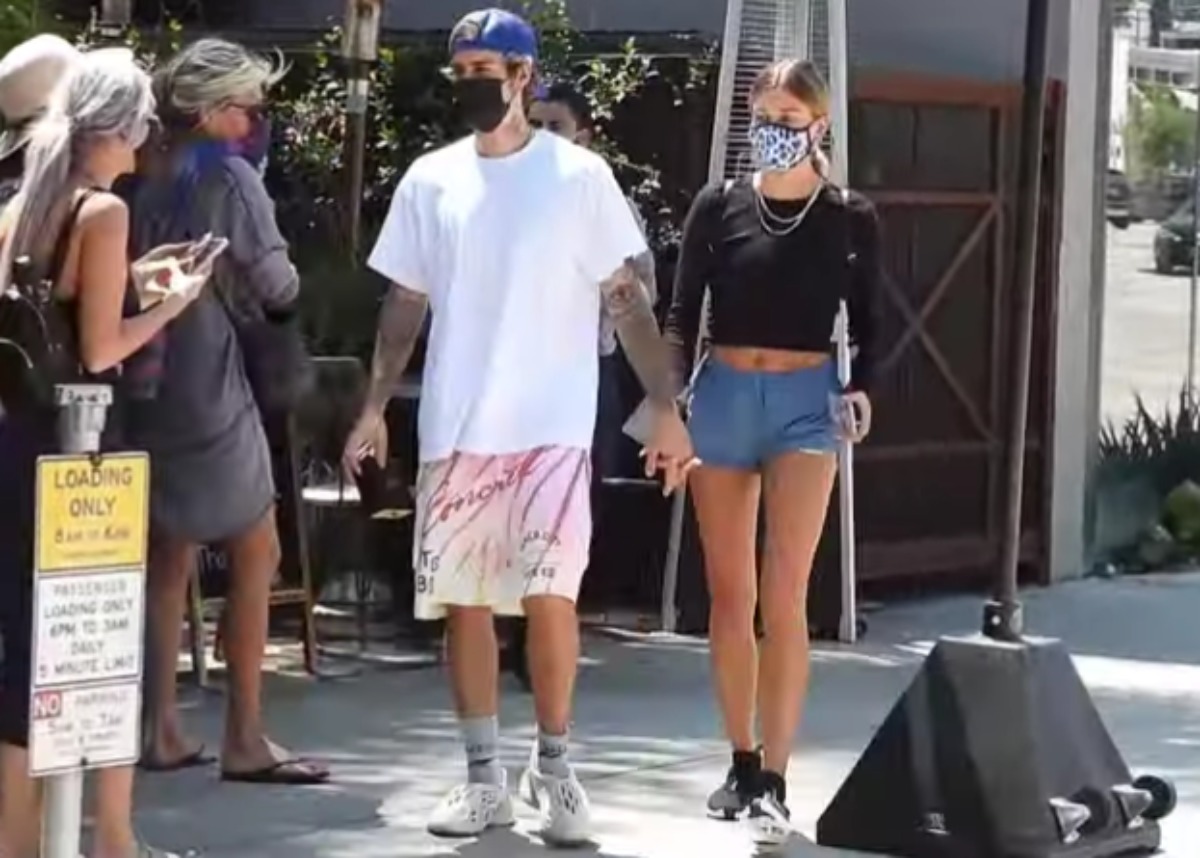 Hailey Baldwin and Justin Bieber were spotted at a medical facility and now many people are convinced the 23-year-old model is pregnant. Hailey and Justin have been married for two years and Justin has made it clear that he can’t wait to be a dad. The Rock recently remarked that he thinks Hailey and Justin will become parents in 2021, and many fans agree with him. Hailey spoke out about taking birth control pills, but now some are wondering if she stopped taking them.

The two were seen walking hand in hand as they wore face masks while at the facility. Justin was even spotted embracing a worker and now some think he was in a celebratory mood over some baby news!!!

X17 Online was at the scene when Justin and Hailey emerged from the facility and they captured the moment on video. The sighting comes as Variety reported that Hailey and Bieber dropped $25.8 million on a Beverly Park mansion. Justin and Hailey’s new abode features seven bedrooms and 10 bathrooms.

The new real estate is fueling even more rumors that they are planning for a new addition to their family and with 2.5 acres and more than 11,000 square feet, there is plenty of room if the couple will be bringing up their baby there.

You may see the video that X17 captured below.

Whether Hailey and Justin are having a baby remains to be seen and they certainly haven’t said anything to the public or on their social media pages that would hint that Hailey Bieber is pregnant.  That hasn’t stopped people from suspecting that the couple is expecting.

Hailey’s sister Alaia Baldwin gave birth on August 17, 2020, and there’s no doubt that Justin Bieber caught baby fever from the event. Justin shared photos of himself wearing a face mask while cuddling newborn baby Iris and fans couldn’t help but notice how comfortable he looked with the baby.

You may see several photos of Justin Bieber holding newborn Iris below.

What do you think? Do you think Justin and Hailey are having a baby? Is Hailey Baldwin pregnant?