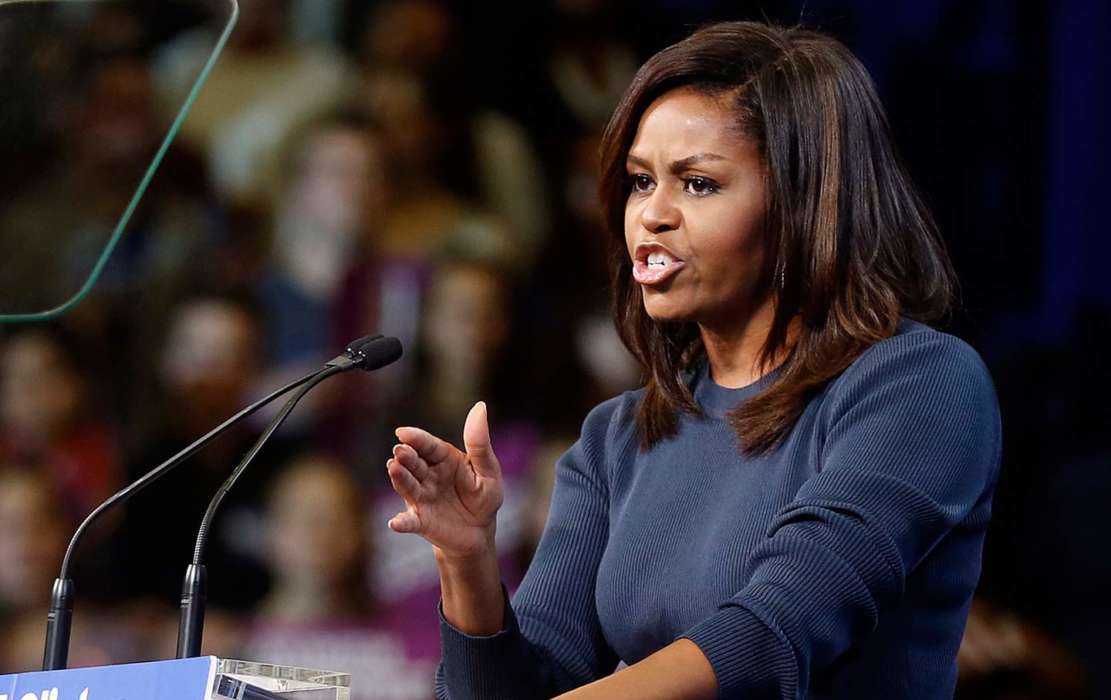 Hot New Hip Hop reported on the fan reaction to Michelle Obama‘s August 17th speech in which she addressed the Democratic National Convention.

The former First Lady of the US stirred controversy in the headlines for her recent speech regarding the 2020 election and the presidential candidates. It’s evident that Barack and Michelle are supporting Joe Biden this year.

Michelle said during the speech that the president was “in over his head.” Most believe Obama was referring to Donald Trump in most of her speech, however, others believe she took a few shots at Kanye West as well.

As it was previously reported, Kanye West has been fighting to get his name on the ballot in a number of states across the United States for the election in November. Even though the rapper has reportedly encountered difficulty, he’s still convinced he can win.

During her speech, Michelle Obama said this year’s election wasn’t a time for American citizens to “play games” with candidates who don’t stand a chance of winning. Michelle went on to say that the American public needed to show up the way they did in 2008 and 2012.

While Obama obviously never mentioned Kanye West, most believe it was a subtle shot at the Yeezy creator. As most know, the rapper’s run for the presidency this year has been called into question a number of times by prominent members of the political establishment, the media, and the film business.

For instance, earlier this year, it was reported that Jamie Foxx came out to refer to West as a “clown” amid news of his run. Rappers, on the other hand, have been a lot more supportive of Kanye, including people like YG and French Montana.

Furthermore, DaBaby recently came out to say he would definitely be voting for Kanye after the rapper shouted him out on social media. As it was noted above, Kanye’s attempt to get on the ballot has been the subject of some controversy.

Some have accused Kanye of merely setting up a presidential run to take votes away from Biden.

Shawn Mendes and More Stars Who Give Back

December 5, 2020, No Comments on Shawn Mendes and More Stars Who Give Back

December 5, 2020, No Comments on Did Selena Quintanilla’s Family Approve the Netflix Series?