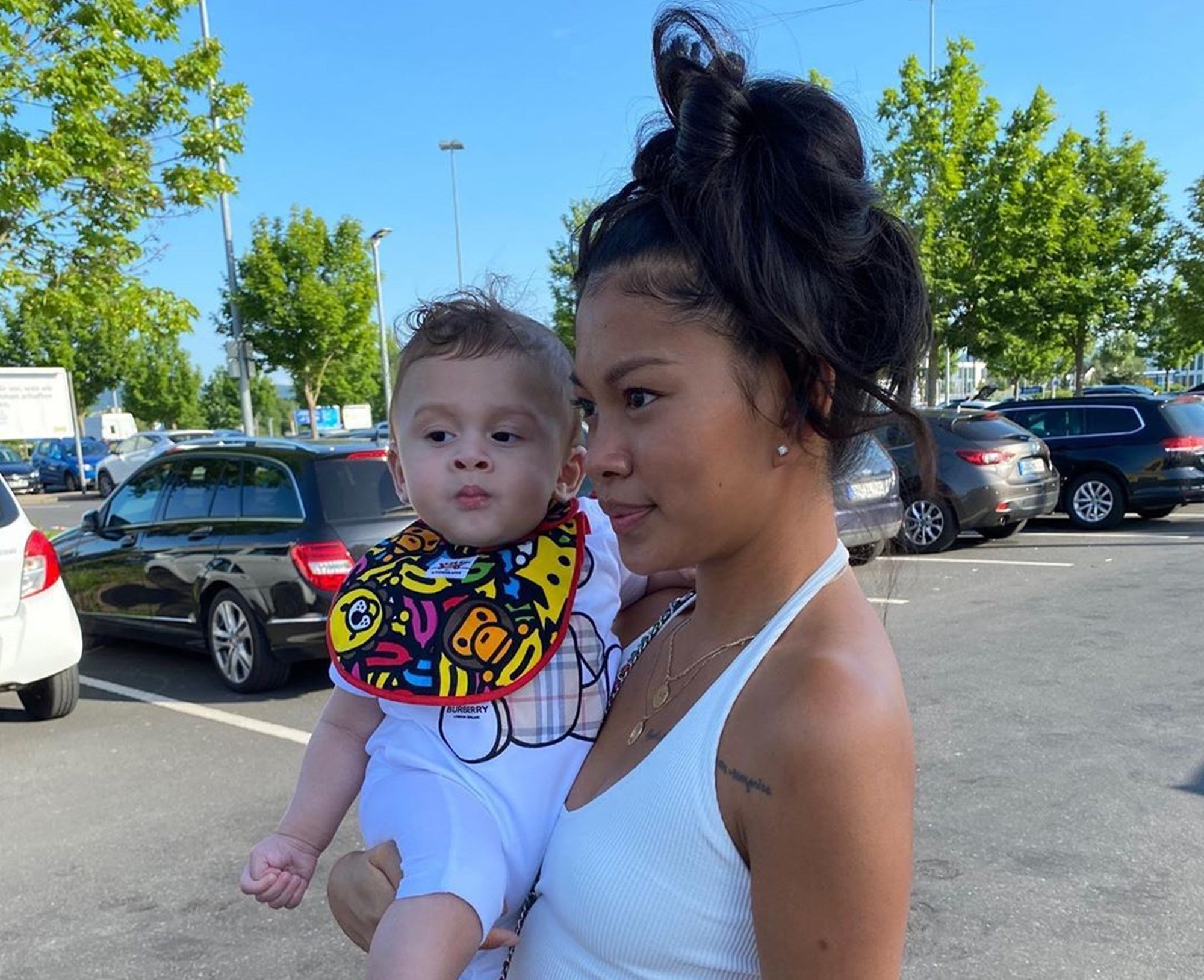 Chris Brown‘s baby mama, Ammika Harris shared a video featuring their baby boy Aeko which obviously has fans in awe once again. The cute boy is a Chris in miniature and fans definitely agree on this one.

Check out the clip that Ammika shared on her social media account below.

Someone exclaimed: ‘Omg 😍😍😍😩he’s so perfect,’ and another follower posted this message: ‘He’s truly the happiest baby ever!’

One commenter said: ‘Man he look so much like his daddy,’ and someone else posted this message: ‘Chris browns’ nose over there!’

An Instagrammer said: ‘Aww 🥰 adorable like his mommy ✨😻Such a beautiful boy, I love his little face!’ and someone else noted this: ‘He looks exactly like you and Chris. Got your nose haha.’

A follower wrote: ‘He’s such a happy baby boy even in the morning. 💜😭 Perfection,’ and one other person said this: ‘He’s so handsome 🔥💎 . He’s a happy baby. Always smiling.’

One other commenter said: ‘Because they are screaming early AF in the morning right? & OBVIOUSLY, because he’s so damn adorable.’

Fans are completely in love with baby Aeko and some say he’s twining with Chris, while others say he’s Ammika’s little copy.

Other than this, Ammika Harris shared a black and white photo on her social media account, telling fans that she accepted a new challenge. She’s showing off a lot of skin.

Fans are obviously mesmerized by her feminine and natural beauty.

In other news, Ammika shared new footage featuring baby Aeko on her social media account and fans could not be happier.

Also, Ammika managed to impress her fans and followers once again with a post that she shared on her social media account.

There are all kinds of rumors that Ammika and Chris are not together anymore, but nothing was confirmed so far.