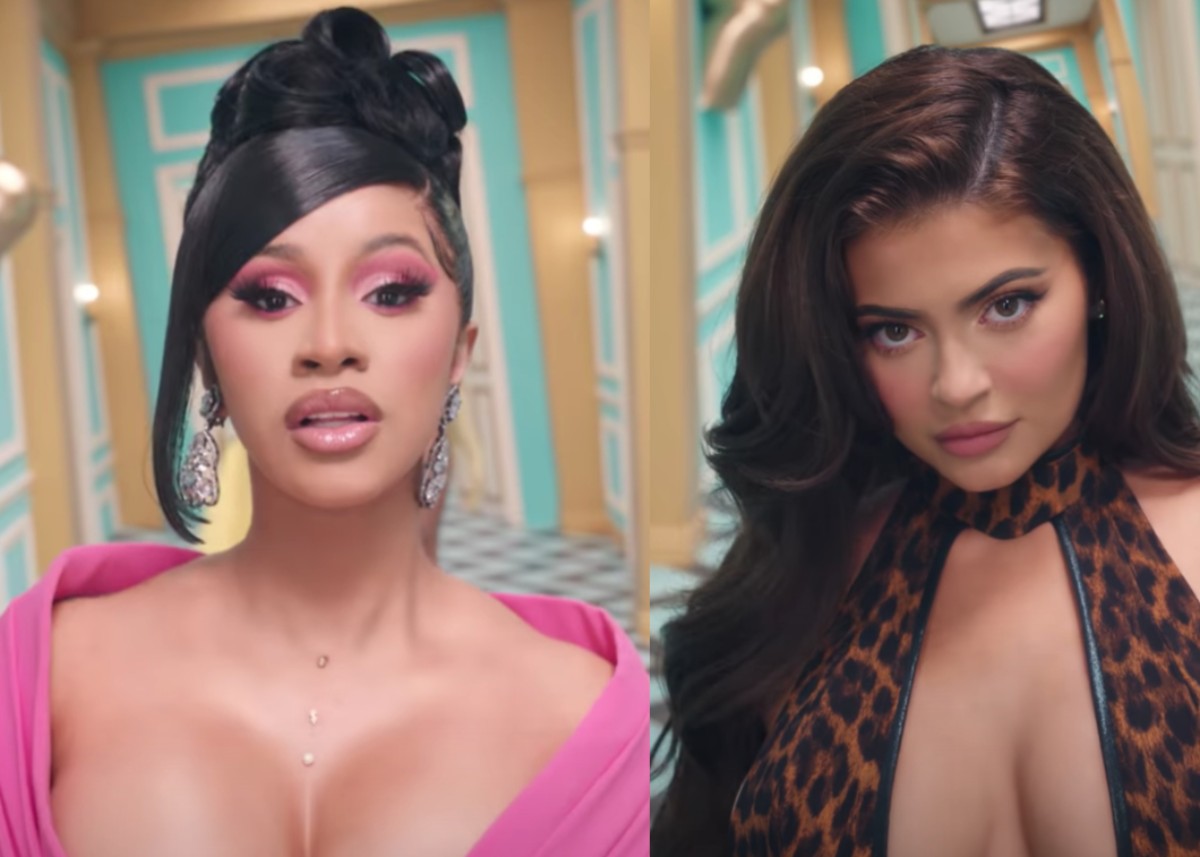 Cardi B is speaking out about what may be the most controversial aspect of her new sexually charged video “Wap” featuring Megan Thee Stallion. Though both women sing sexually explicit lyrics and are dressed in revealing outfits, many people are furious that Kylie Jenner had a cameo in the video. Cardi B is now speaking out about the criticism and is explaining why she chose to put Kylie Jenner in the video in the first place. The explanation came in the form of Twitter replies as Cardi B responded to writer Danielle Young who pointed out that Normani, who was also in the video, danced and twerked, whereas all Kylie Jenner did was walk down a hallway and open a door. The comment caused some people to question whether “white privilege” found it’s way in Cardi B’s song that is described as being about female, sexual empowerment.

“Normani did all this and Kylie walked down the hall and opened the door. If that’s not a perfect visual indication of BLACK women having to do the most and white women do the bare minimum to get somewhere, I don’t know what is.”

It seemed the comment must have struck a nerve with Cardi B. Out of her 13.3 million Twitter followers, Cardi B chose to respond to Danielle Cardi B stated the following and explained her views about her video and why she put Kylie Jenner in it.

“Normani is one of the best female artist [sic] that dances Like she dances her f#ckin a## off! Why would she open a door? Please tell me how that would make sense? The best part of the song is the beat & hook. It what makes you want to shake your a##.”

“Not everything is about race. Theres [sic] issues out here in the world that it is about race that I preach all the time about. This is not about f#$kin race. Why did I put Kylie on my music video? She treated my sister and daughter so lovely at her kid bday party. Travis and Set are real close and Kris Jenner have giving me advice on certain things I ask for and her husband real cool with mine.”

You may see the tweets as they were saved by Pop Crave and put into one tweet below.

#CardiB speaks out against comparisons between #Normani and #KylieJenner, explains why she invited Kylie to be in the #WAP video:

“This is not about f*ckin race. Why did I put Kylie on my music video? She treated my sister and daughter so lovely at her kid bday party.” pic.twitter.com/VcXOMQ4r0x

What do you think about Cardi B’s explanation? Do you agree with her that not everything is about race? Do you think she is justified in putting Kylie Jenner in her own video if she wants to?

What are your thoughts on Cardi B’s and Megan Thee Stallion’s song “Wap” and the accompanying video?