Billy Porter Is the First Man to Cover Allure


For the first time in its 29-year history, Allure has cast a man on its cover. Billy Porter is the face of the magazine’s February 2020 “Art of Beauty” issue, but editor-in-chief Michelle Lee wants to make it clear that he was not chosen for his gender. “We’ve had many conversations in our office about the so-called trend of ‘genderless’ beauty,” she writes in her editor’s letter. “But a trend implies a flash-in-the-pan birth and death. Plus, beauty (and beauty products) have never had a gender. The LGBTQ+ community has a long, rich history of artistry and experimentation, often using hair and makeup and clothing as their tools.” 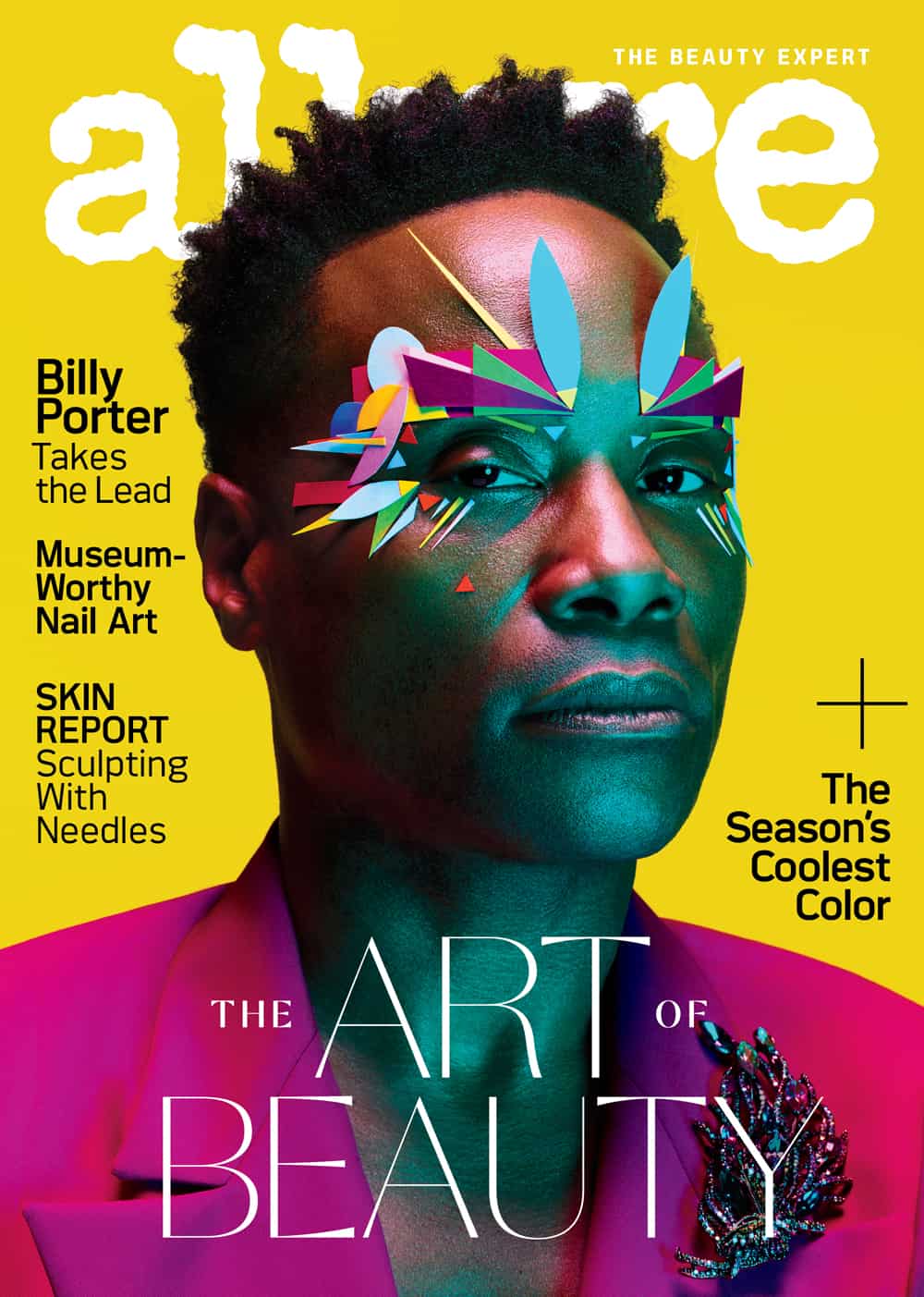 But even if Porter wasn’t chosen for his gender, having a man on the cover of a mainstream beauty publication is a massive step forward in dismantling gender stereotypes — and its importance is highlighted in an accompanying interview with the entertainer.

“The hetero normative construct that masculinity is better silenced me for many years,” he says. “It was like my masculinity was in question before I could even comprehend the thought.” Porter revealed that he was sent to a psychologist at just five years old. “That’s one of the first memories I have as a child, that something’s wrong with you and you need to be fixed based on ‘You’re not masculine enough.’ I carried that with me for my whole life until, like, two and a half minutes ago.”

These days, Porter is embracing his authentic self, both on the red carpet and off. “When I get off airplanes now, sometimes TMZ is waiting in L.A. I’m going to be dripping in Thom Browne, walking through the airport,” he said. “I’m not hiding. Not going to be in a baseball hat. I’m not doing that. I’m going to be proud of what I fucking worked for. I’m here; I’m not hiding in anybody’s corner. Yes, it’s me; I’m not taking no pictures; God bless you.”

‘Versaceopolis’, Moschino’s Puppets, and More! What You Missed From MFW Over The Weekend

While you were sleeping, Milan Fashion Week was keeping the fashion world on its toes all...

Cecilie Bahnsen gave her globally-popular frocks a new guise for Spring Summer ’21. The...

Acqua dell’Elba, a 20-year-old family business, was born from the dream of recreating...

September 29, 2020, No Comments on Kate Middleton wears jeans and gilet on a visit to London Scouts Group

September 29, 2020, No Comments on Marilyn Monroe, Taylor Swift, More Stars With Ties to the Kennedys

Chadwick Boseman gave Sienna Miller part of his salary to increase her pay on 21 Bridges, she reveals | Ents & Arts News

September 29, 2020, No Comments on Chadwick Boseman gave Sienna Miller part of his salary to increase her pay on 21 Bridges, she reveals | Ents & Arts News