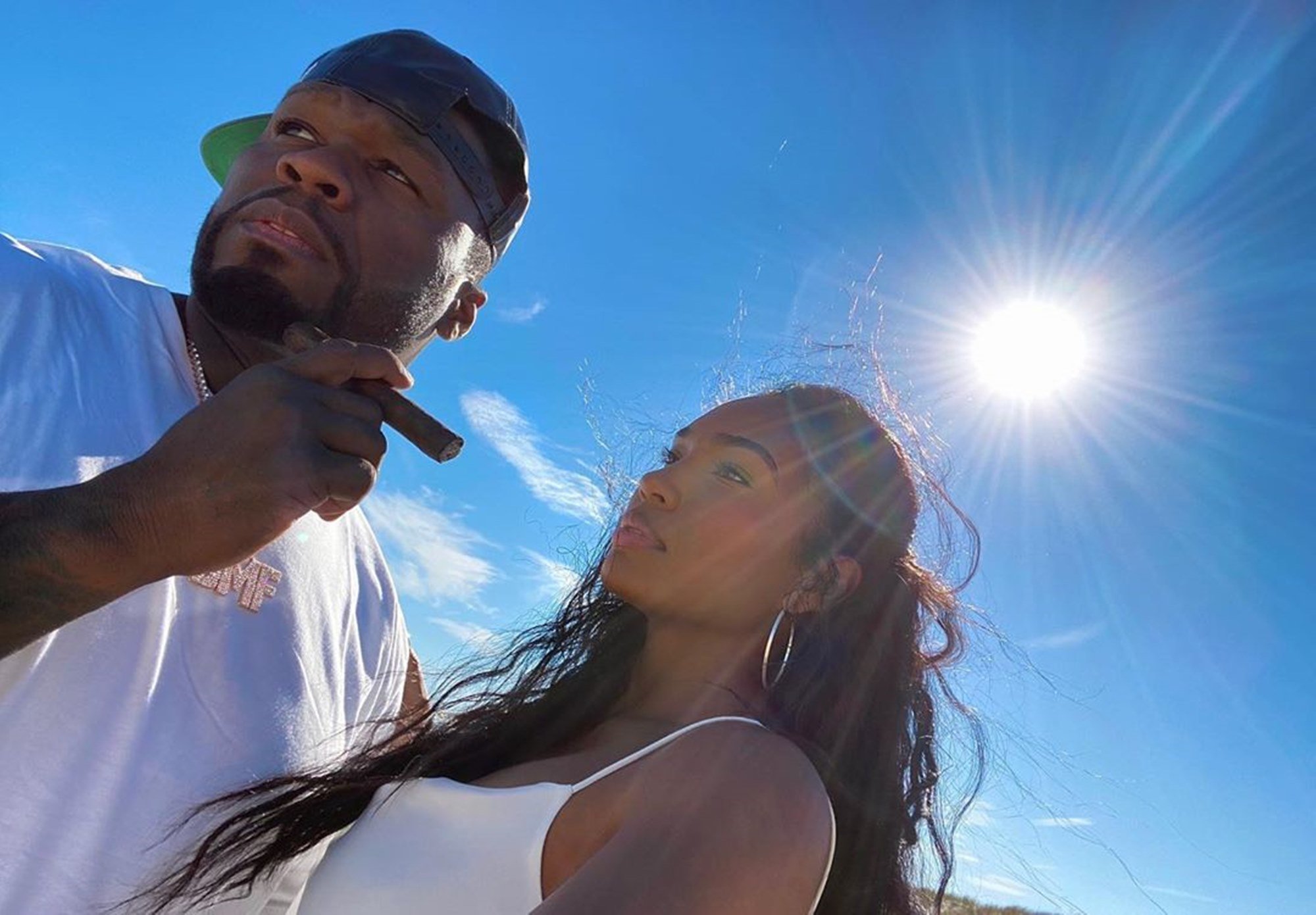 Curtis James Jackson III, also known as 50 Cent, and his girlfriend, Jamira “Cuban Link” Haines, are still together and living their best lives, weeks after rumors had suggested that they had broken up.

The couple has been spending a lot of time together, including attending the premiere of Power Book II: Ghost. A video of the rap mogul leaning in for a kiss has gone viral.

50 Cent, viewed by many as a giant Internet troll, is rarely seen in playful situations like this one where he gets to be a bit romantic.

For supporters, Jamira brings the best out of the 45-year-old Power producer who is always feuding with someone. This commenter explained it perfectly: “I love them together. She brings out a soft side of him that we never really saw. He’s only like that with her.”

A second person praised the 26-year-old future attorney for trying to bring some peace between 50 and his oldest son, Marquise Jackson: “She fr should tell him to be more accepting and involved in his first son’s life tho. That’s what a real woman and a mother would do if she has a kid w him and sees how he treats his other kid IDK how she’s ok w the treatment. Could be you and your kid anyway, ma’am.”

However, some people are still not willing to give 50 a pass after he made disparaging comments about Black women. He said in a past interview with rapper Lil Wayne that he likes exotic women who are not “angry.”

Here is the statement that had gotten 50 into trouble: “They get mad. They get angry. You see, a lot of sisters go ‘you f*ck with this kind of girl and that kind of girl?’ That sh*t is exotic! That sh*t looks a lot different than the sh*t you see in the neighborhood all of the time. That sh*t looks like it came off a boat.”

He has never apologized despite the backlash. Jamira has put all of this behind her and is moving forward with her man.

November 26, 2020, No Comments on Jordyn Woods Not Paying Any Attention To The Drama Between Larsa Pippen And The Kardashians – She’s Moved On!

Small Brand Spotlight: The Former Project Runway Contestant Whose NYC-based Label Is One To Watch

November 26, 2020, No Comments on Small Brand Spotlight: The Former Project Runway Contestant Whose NYC-based Label Is One To Watch